In Aalborg, Denmark, the Aalborg City Business Association use BlipTrack technology from BLIP Systems, to measure pedestrian flow and movement patterns at events like the annual Christmas market. It provides the association with valuable metrics, such as the number of visitors, where they shop, and whether the events are increasing revenues for merchants.

How do you measure the success of a major event in a city? Does an event increase revenue? How much more people are in the city during a large-scale event? Where do they park? These are some of the questions, that Aalborg City Business Association gets answered using mobile device detecting sensors.

In Aalborg, recently voted the happiest city in Europe, the City Business Association use sensors to measure real-time pedestrian flow, dwell time and movement patterns. The solution provides a cohesive picture of visitor experiences and an in-depth understanding of the impact of large-scale events, such as the annual Christmas market. It enables the association to review how long visitors take to move from one area to another, how long they linger, and which shops they visit. 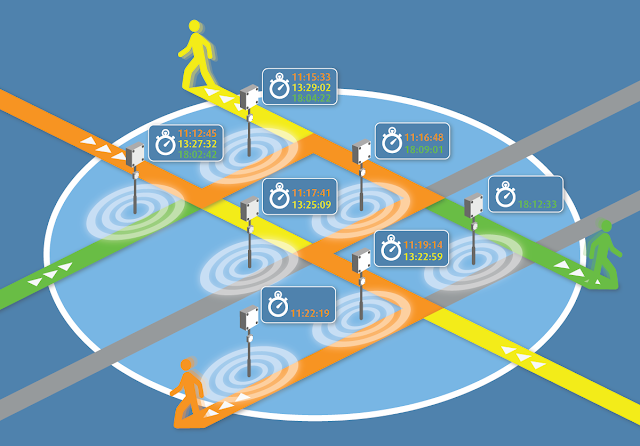 “If we are not able to measure the impact of events, such as the Christmas market, which costs over 1 million DKK ($160,000 US) to arrange, then the event is not justifiable, and perhaps money could be better utilized elsewhere,” Flemming Tingbak, director of Aalborg City Business Association, said in a statement. The data show that even when the municipality and sponsors spend a lot of money on this kind of events, the money comes back one way or another. It contributes to underpin retail, cafes, and restaurants in the city, that needs to hire people.”

“The solution works by placing sensors at strategic points in a specified area. The sensors detect Wi-Fi or Bluetooth devices, such as smartphones. By re-identifying devices from multiple sensors, the travel times, dwell times and movement patterns become available. The solution is non-intrusive and does not require any interaction from pedestrians\”, explains BLIP Systems Marketing Manager Christian Bugislaus Carstens. Considering that the smartphone penetration nears 80% of the mobile market, data collection from mobile devices provides hard numbers of a significant percentage of pedestrians.” 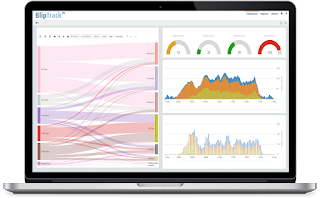 Aalborg City Business Association have also used the solution to gain useful information during other events, such as Black Friday and at The Tall Ships Races. With visitors totaling 2.4 million, The Tall Ships Races constitute the biggest events in the history of Aalborg. Here the collected data showed that during the event, there were twice as many people in the city\’s shopping areas, which represents an increase that exceeds the Christmas shopping season. The data unfortunately also showed that there were many people present at times when the stores had closed. This information enables the Business Association to adjust opening hours when similar events are arranged.

Besides providing Aalborg City with pedestrian data, the BlipTrack solution also measures passenger queue and flow in over 30 international airports, including JFK in New York, Amsterdam Schiphol, Auckland, Copenhagen, Dublin, Oslo, Manchester, and Brussels. In recent years, the technology has been rolled out in train stations in the Netherlands and UK, ski resorts in the US, amusement parks in Denmark and UK, and in road traffic all over the world.

About BLIP Systems:
BLIP Systems is a privately-held information technology company with headquarters in Aalborg, Denmark. The company is one of the leading providers of data analytic tools to transform traveler flow into value, and creating easy-to-interpret decision-making tools of end-users. The BlipTrack solution is successfully employed in optimization efforts in more than 30 international airports, including Schiphol Airport in Amsterdam, JFK Airport in New York, El-Prat Airport in Barcelona, Sydney, Copenhagen, Oslo, Malpensa and Linate Airports in Milano, Manchester, Brussels, Edinburgh, Dublin, San Diego, Helsinki, Auckland, Montreal, Christchurch, Genève, Birmingham, Bristol, Cincinnati, Brussels South Charleroi, Keflavik, Billund and Aalborg. The solution is also implemented in road traffic in Switzerland, New Zealand, USA, UK, Denmark, Sweden, Norway, Canada and Ireland. In recent years, the solution has also been rolled out in ports in Denmark and UK, train stations in UK and Holland, ski resorts in the USA, amusement parks, and at events all over the world.