The Swedish capital has adopted BlipTrack queue and flow measurement technology from Denmark-based BLIP Systems. Installed and organized by Dynniq, the solution provides the city with travel times and flow data to help alleviate congestion and provide road users with real-time traffic information.

If you drive around Stockholm with a switched on Bluetooth or WiFi device, you are automatically helping your fellow motorists to enjoy a faster and less congested journey.

Stockholm, the most populous city in Scandinavia, has joined a host of other major cities, including Bangkok, Zürich, Auckland, and Copenhagen, that uses BlipTrack sensors to measure how road users travel and use the city´s roads 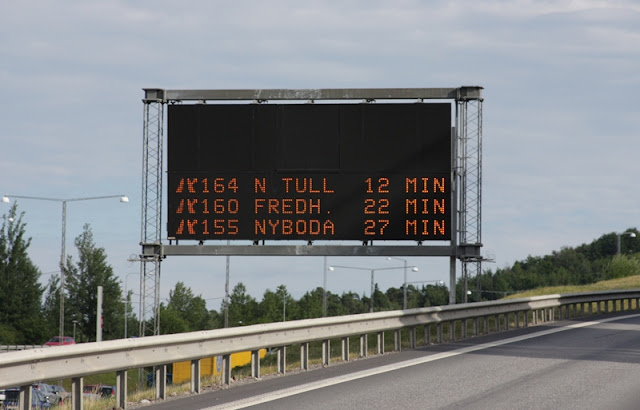 Otto Astrand, the Traffic Analyst at Trafik Stockholm, explains: “We use the collected data to display live travel times via Trafiken.nu, which is our traffic information hub, and on several VMS-signs placed around the city. The travel times help road users to make informed decisions about their journey, both in real-time and for those planning their daily commute.”

The travel times are continuously updated, in line with the actual behavior of road users, so, by considering their route and the time they depart, the motorists themselves are helping to reduce bottlenecks and keep the traffic moving. 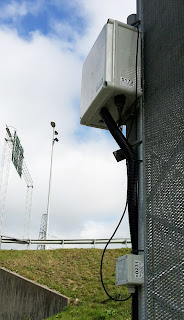 “We also use the data for measuring the development in traffic density, speed, and congestion. South of Stockholm, where we first installed BlipTrack, will be a roadwork zone for many years ahead when building the Stockholm Bypass. It will not only affect the main highway (E4) running through the work zone, but also the surrounding roads. With BlipTrack we are able to measure the capacity and traffic flow in real-time in and around the area. This allows us to take proactive steps, to initiate countermeasures, if traffic build-up should occur, continues Otto Astrand.

“It also helps us to understand various traffic-related matters, such as the impact of traffic control, weather-related patterns, congestion patterns at roadworks, accidents and events, and driving behaviors and patterns. With this information, we can evaluate and validate existing traffic models and make informed decisions about where to prioritize expansions and optimizations to help the daily commute.

Measuring travel times over longer distances in complex traffic environments is complicated to do with our traditional sensors, such as Radar and microwave detectors. Bliptrack gives us insights on how many individual journeys can differ from each other, especially when traffic lights are involved. The ability to measure travel times over longer stretches of road with various queue lengths and only looking at specific route choices is another strength of the solution” ends Otto Astrand. 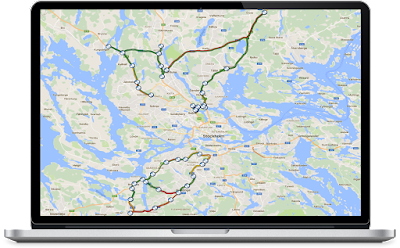 Johanna Karlsson, CEO of Trafik Stockholm says, \”We are always trying new technologies for traffic monitoring and BlipTrack compliments our other sensors and data sources very well. The ability to measure travel times, monitor queues and perform OD analysis, convinced us to adopt the solution for Stockholm. The ability to detect and mitigate disruptive events offers significant economic benefits through reduced travel times and fuel consumption, as well as environmental benefits due to reduced CO2 emissions and improved air quality.”

The city has recently expanded the solution to cover major roads north of Stockholm.

About BLIP Systems:
BLIP Systems is an information technology company with headquarters near Aalborg, Denmark. The in-house designed BlipTrack solution is a sensor agnostic analysis platform with live and historical information in a web-based, intuitive user interface with compelling visualizations. From pedestrian and vehicular queue- and flow management to advanced capacity forecasting, BlipTrack provides decision makers in airports, road traffic, amusement parks, train stations and ski resorts with visibility and all the necessary tools to optimize staffing resources, improve revenue while maintaining a high level of customer service.

BlipTrack is successfully employed in optimization efforts in more than 25 international airports, including Schiphol Airport in Amsterdam, JFK Airport in New York, Copenhagen, Oslo, Manchester, Dublin, Brussels, Geneva, San Diego, Keflavik, and Edinburgh. The solution is also implemented in road traffic in Switzerland, Thailand, New Zealand, UK, and Denmark. In recent years, it has been rolled out in ports in Denmark and UK, train stations in Holland and UK, ski resorts in the US, amusement parks in Denmark and UK, and at events all over the world.