MANNA CEO Eric Smalls started the project five years ago when he envisioned a new robotic delivery plan that would integrate several technologies into one workable system. According to CEO Eric Smalls, the goal of the project is to build and program a drone, which will result in a new payload delivery system.

The CEO also added that his company will develop an app that will allow users to track and even confirm their payload delivery. And if everything goes well according to plan, the company will also build an entire swarm of drones and expand to many applications, the CEO said.

The Palo Alto-based company has made significant steps to boost the development of the new delivery system. The company has already raised $400,000 in fresh capital via an initial crowdfunding offering. It’s now looking for another next round of funding.

Learn Ketosis Nutrition + Exercise
The ketogenic diet is a low-carb lifestyle for people who thrive on a higher fat diet and enjoy the enhanced mental performance that many experience when using fat for fuel instead of glucose (carbohydrates). An ever-increasing number of people are making the switch to keto and enjoying elevated performance, stable energy levels, flexible meal timing – even intermittent fasting – and an overall sense of wellbeing.

Perfect Keto is your ultimate resource for making the low-carb or keto lifestyle easier and more effective. Get started with our best-sellers below.

In addition to the new drone delivery system, the company is also developing a blockchain-based coin (also known as MANNA), which will be called as Universal Postage Stamp.

The company posted a blog that briefly describes the new system. In the recent blog post, the company said that the new system will use the new blockchain-based coin to facilitate transactions in a decentralized delivery network. 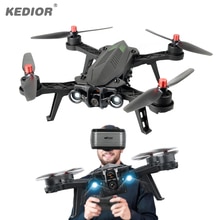