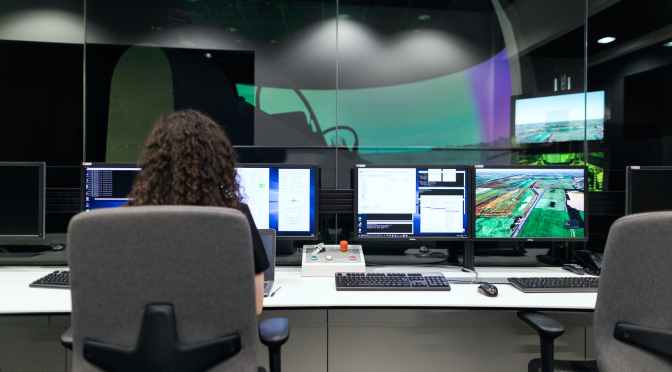 The New York Times reports that companies are turning to gamification to hook customers and drive sales. The next step in the app-building revolution aims for efficiency, much like Ford’s assembly line– but for apps. Sure, you could design, build, and launch your own mobile app, but why inflict misery on yourself when Proto.io can make it easier and faster, and best of all effortless.

Imagine getting world-class mobile apps, mobile websites, and web apps, create stunning interactive mobile prototypes and get a real app experience -all right from the prototyping stage and without the hassles of writing code.

That’s the whole idea behind Proto.io, an innovative mobile prototyping tool for building a sophisticated fully interactive app prototype. Proto.io is a new IU prototyping tool specifically designed for building sophisticated and fully functional mobile applications, its web-based platform allows users to create a project for a popular mobile device like iPhone, iPad, Android-powered smartphones, and as well as any handheld devices. The best thing about Proto.io is that it only takes a minute to create a fully functional, interactive prototype-all without a line of code. This is mobile prototyping at the next level.

Proto.io makes a good first impression, with its user-friendly UI and plenty of great features to get you started, you can start a project by going straight to high-fidelity prototypes with those ready-made mobile UI components or you can import your own designs. Using Proto.io, users can express and visualize their ideas and even bring them closer to reality. The word “easy” is usually not found anywhere near the term “animation” in a sentence describing interactive animation and for good reason-creating or applying animation to apps has become a specialized task that requires highly sophisticated software and a huge learning process. Proto.io is an attempt to let designers shorten the path from ideas to prototyping.

This UI prototyping tool can support all the major mobile gestures and touch events, according to the company. This means that developers will no longer be limited to a single “link” transition, instead, they can apply any animated screens transitions like a slide. Additionally, this development tool can also apply basic animations to any UI element from the prototyping like rotate and scale- it’s a dream tool for UI designers.

With proto.io, developing mobile applications can be easy and more productive. Developers can do anything in Proto.io; they can experiment in different interactions, transitions, gestures, and touch events in just a few minutes. It’s certainly possible to whip up some tasty good looking web apps and mobile websites with Proto.io, developers get all they need. More importantly, they will be able to get the real app experience right from the prototyping stage- express and visualize their own ideas, brainstorm.

Proto.io is probably one of the best UI prototyping tools in the market today. It’s definitely the only tool that can best simulate and test a realistic representation of mobile websites or mobile apps- how real mobile apps look, behave, and interact.

Delivering an amazing connected guest experience requires several different sophisticated technologies that should work together seamlessly. It all adds up to the most advanced, integrated customer experience solution — attuned to the unique demands of the hospitality industry and available today. Get The Free Guide

FREE IT REPORT: State of Android Device Management in 2022

In a study done by the 451 Research team, a division of S&P Global Market Intelligence, the research group set out to better understand how the choice of OS and MDM impacts enterprise devices. Discover the strategic value of dedicated devices, the gaps in existing device management solutions, and the growing adoption of DevOps. Get the FREE Report

Upstack is a premier marketplace for the top WordPress developers and programmers. Upstack's developers help serve small start-ups and large enterprises alike. When you hire a WordPress programmer with Upstack you get a professional, vetted coder that can complete projects quickly and accurately. Learn more

Join the world’s brightest dreamers & doers for a full day focused on web3, dapps, protocols, and the future of the internet. Hear from leading protocol and dapp developers as they showcase how the web3 community is pioneering brand new forms of human coordination. Inspiration from action-oriented talks will follow you all day long into an energetic evening of celebration, as the future of the web3 stack is unveiled at the historic Palace of Fine Arts in San Francisco. Learn more

In this episode: What's the deal with Google Adwords?, you will learn more about Google Adwords and other forms of SEM. How much should you spend? How does it work? Should you do Adwords yourself? Who are your main competitors? All of this and more! Learn more

Cybersecurity: Better Detection and Faster Response of True Threats
Business Applications: How Application Modernization Future-Proofs Organizations
Internet of Things: How can the Internet of Things help improve energy efficiency, profitability, and sustainability in the automotive industry

FREE eBook: Everything You Need to Know About eCommerce Funding